Kintsugi, or the Japanese art of mending the broken objects with gold 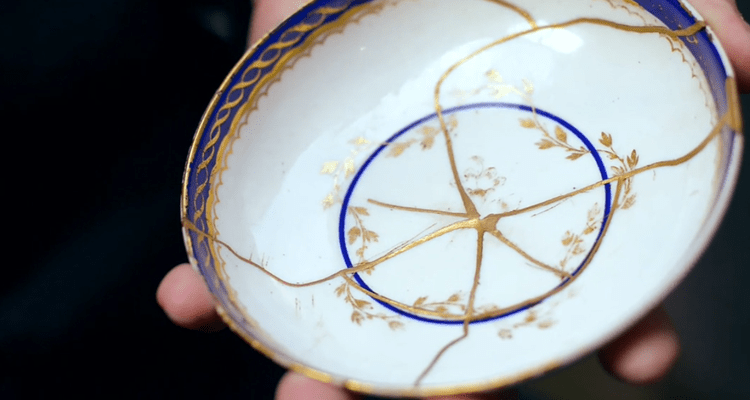 Some weeks ago, I got completely fascinated by an image I saw on the Internet. It was a simple object but, at the same time, powerful and full of sentiment and spirituality.

The object was a ceramic bowl which had golden irregular lines. They were its scars! It seem that the bowl had become a piece of art. In fact, investigating on the subject I discovered that the technique used to redecorate this object was called Kintsugi, originary from Japan, and consists in filling with gold the cracks of the broken objects. There are only a few craftsmen dedicated to it and it is also considered an art. Do you want to know more? Keep reading:

Kintsugi considers a scar is a story that must be known

Kintsugi in Japanese means “golden scar”. Why that name? As opposed to the dualist Western way of thinking in which we consider something is beautiful or ugly, good or bad or functional or broken, Japanese culture believes that the opposites complement each other as part of a process that flows and makes become one into another. As it happens with our bodies, a scar is a reminder of a experience, a story that, instead of being hidden, should be known and recognized because it adds value to the object, making it unique. So, to represent and enhance this way of thinking, they use gold or silver powder to mend objects. 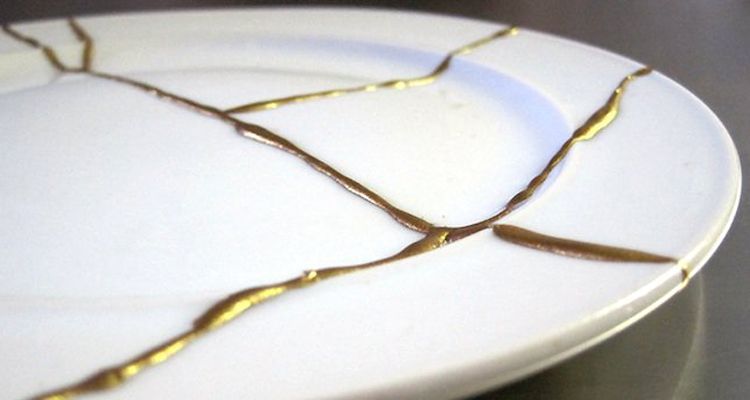 It is told that Kintsugi origins were in the XV century, when the shogun Ashikaga Yoshimasa got his favourite tea bowls broken and sent them to China to be repaired. When he got the bowls returned, he discovered a poor work had been done with metal staples and bowls looked awful, so he decided to send them to Japanese craftsmen to a more carefully and respectfully restoration. The craftsmen decided that, as the bowls meant a lot to the shogun, they would fill the cracks with lacquer dusted or mixed with powdered gold, giving the tea bowls the treatment that they deserved. 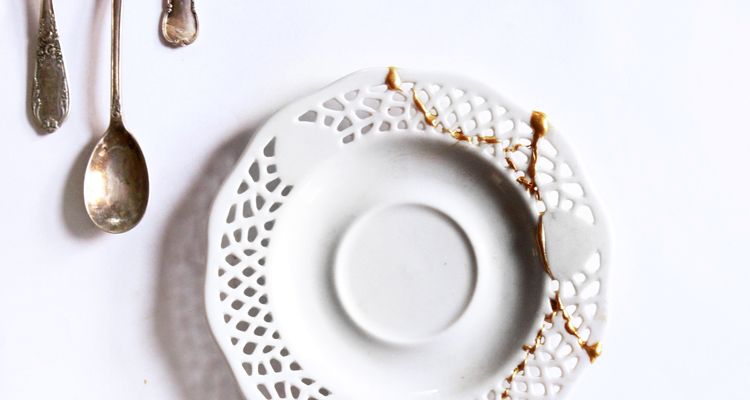 Kintsugi follows in a certain way the wabi sabi philosophy, that we already explained you in a post, that embraces and finds beauty in the faulty objects or the old ones. Nature isn’t perfect and neither are us, so imperfections would be considered the little things that make us different. For Japanese people, it is also very important the story and backgrounds that the objects involve, and both Wabi Sabi and Kintsugi are good examples of it. Here we show you a video in which the youngest Kintsugi craftsman in Kyoto explains how the Kintsugi restoration is done. As he says, “for Japanese people the beauty is in looking at the object, not in the object itself.”

Although Kintsugi is an ancient Japanese art, some Western artists are beginning to redecorate spaces and objects inspired on it. A great example is this Argentinian restaurant in Paris, Anahi, which tries to honour the previous restaurant’s ambience preserving the space and refilling the cracked tiles with a grout made of copper leaf, that achieves this golden bronze effect that matches perfectly with the vintage decor of chairs and some decor details. As happens with the Kintsugi, this kind of decoration pursues to heighten the previous story of the space, that now is a restaurant whose philosophy is based on offering Argentinian gastronomy with local products.

Do you know another examples and arts similar to Kintsugi? We would love to hear about it!